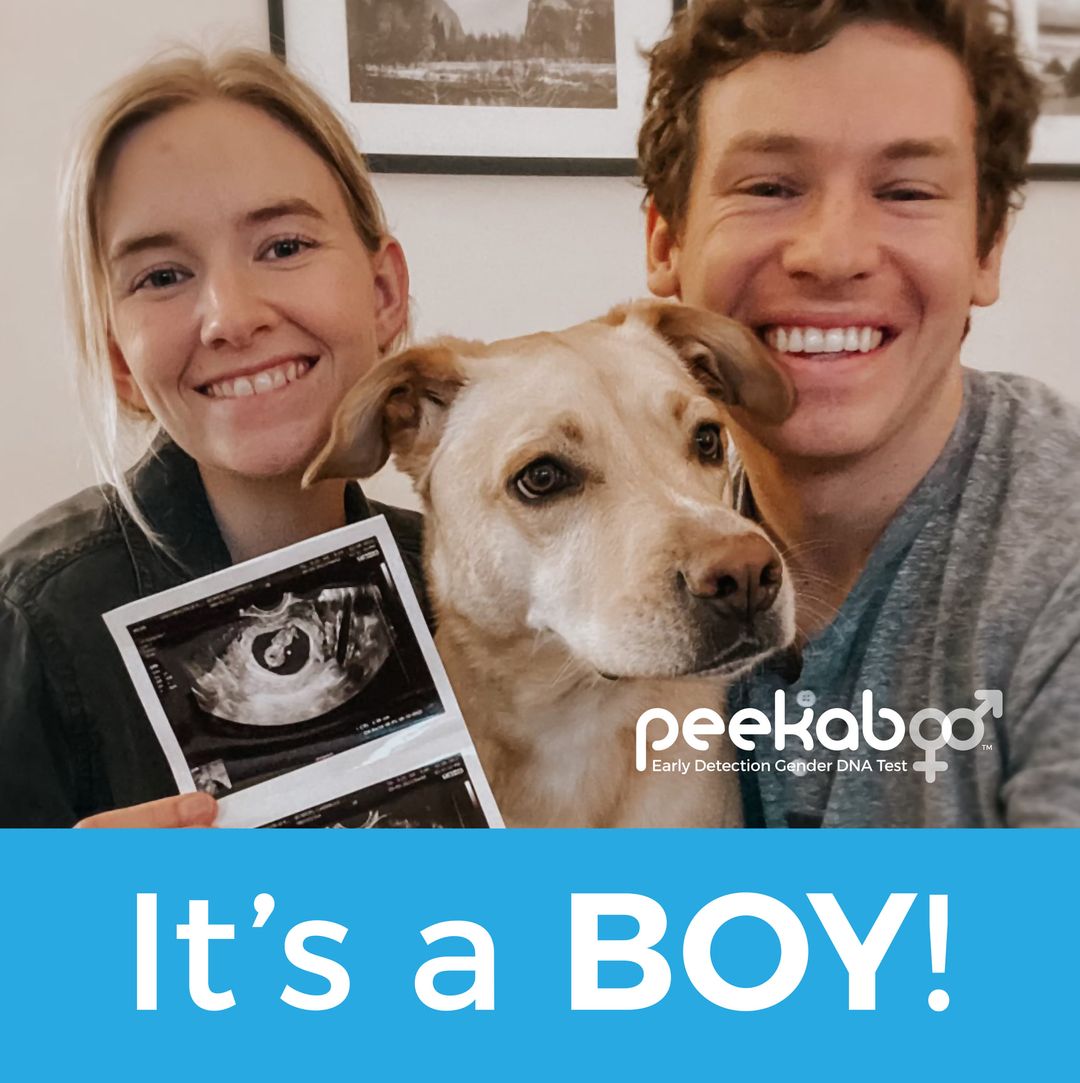 Expectant parents often want to know at which week they can find out their baby’s gender.Throwing a gender reveal party, sharing the news with family and friends, and decorating the nursery are a few reasons why parents-to-be want to know their baby’s gender. A 2012 study published in the journal Obstetrics and Gynecology revealed that at least 69% of parents want to know: 77.8% out of curiosity, 68% just want to know, and 66.8% because it’s possible.

As an expectant parent, you’ve probably heard about all the boy or girl predictor myths. For example, some mothers proclaim they have a strong intuition about their baby’s gender. Research has debunked this, showing maternal intuition is no better at predicting your baby’s gender than flipping a coin. It’s not surprising that folktales aren’t a reliable method for determining if you should buy pink onesies or paint the nursery blue. Luckily, remarkable strides have been made in gender-prediction testing, providing parents-to-be with highly-reliable, safe, and evidence-based methods.

This innovative test improves your pregnancy journey by getting rid of at least one uncertainty. With the Peekaboo early gender test, you can find out the gender of your baby just seven weeks into pregnancy. Peekaboo is the most accurate early baby gender reveal test available since it leverages a highly-exacting scientific approach to determine if you’re having a boy or girl.

Ultrasound: Although it was invented in 1959 in Scotland, ultrasound wasn’t used widely in U.S. hospitals until the 1970s. Prior to the 14th week of pregnancy, most babies look similar, so ultrasound isn’t typically an accurate method for determining if you’re carrying a boy or a girl. By 18–20 weeks, research indicates nearly 100% of ultrasounds predict gender correctly. Of course, if your baby is being shy and hiding his or her genitalia, a second ultrasound may be necessary!

Amniocentesis: Performed since 1970, this invasive test isn’t done routinely like ultrasound. The most common reason for amniocentesis is a “high risk” result from a first trimester screening test or a prior pregnancy impacted by a genetic condition. Typically performed at 15–20 weeks of pregnancy, amniotic fluid is removed from the uterus to test the health of the fetus. Because it’s a highly-invasive procedure that may cause miscarriage, doctors do not perform it solely for determining gender.

Chorionic villus sampling (CVS): First described in China in the mid-1970s and introduced into clinical practice in the early 1980s, this test is done for reasons similar to amniocentesis and can also detect gender. During the test—performed at 10–13 weeks—fluid is withdrawn from cells in the placenta. Again, because it can be high-risk, it’s not performed solely for gender determination.

Cell-Free Fetal DNA: In 1997, researchers reported using cell-free circulating Y-chromosome DNA sequences in the plasma of pregnant women for medical reasons. It would be several decades before cell-free fetal DNA became a viable non medical method for curious expectant parents to learn the gender of their babies.

With a small blood sample, now you can determine if pink or blue is in your future with 99.5% accuracy! During sample analysis, our scientists look for the presence of theY chromosome to determine if the baby is a boy or a girl. Peekaboo is easy, affordable, and the most accurate gender prediction test. That’s why it’s the only early baby gender reveal test endorsed by the American Pregnancy Association. Revealing your little one’s sex can be one of the most exciting moments in your pregnancy — why not rely on the best technology science has to offer?

Many same day appointments are available for your convenience. You can book a quick 10 minute appointment for your gender DNA blood test or you can also add on an ultrasound to peek in on baby at a discounted price. In most cases, your gender DNA results will be sent to an email of choice to keep the secret. Learn more about all of the services we have to offer.

No comments to show.